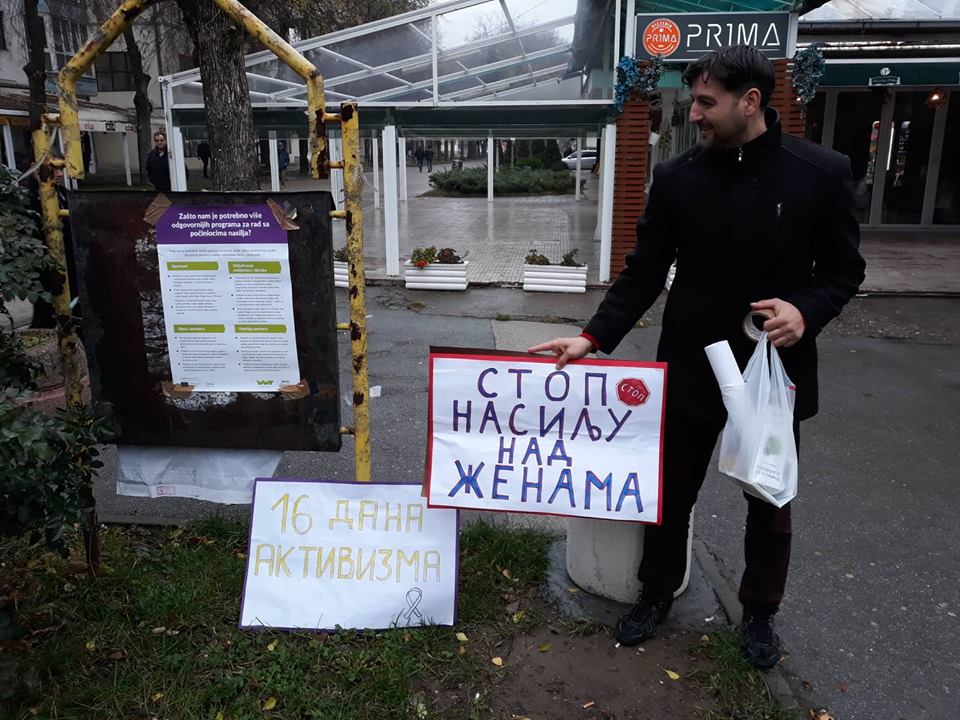 Representatives of the Citizens’ Association “Buducnost” today organized a street action “Responsible Together”.

The street action is part of the 16 days of activism in the fight against violence against woman camaign, and the special emphasis of this campaign is the promotion of programs for dealing with the perpetrators of violence and their responsibility in order to protect the victims of violence.

This activity is part of a joint campaign launched by the European Network for the Work with Perpetrators of Domestic Violence (WWP EN), of which we are Board members and this is our first joint campaign.

Representatives of “Buducnost” walked through the streets of the city, carrying flyers, brochures and banners that were created in cooperation with the WWP EN , informing and familiarizing the citizens, both with the campaign itself and with membership in the network, Mens center, etc. Part of the activity was also to share a mini questionnaire on identifying potential violence by a partner.